During the last few decades more and more attention has been paid in all countries to children's literature. In this field, as in others, children must be given what is best for them.

Very often there has been criticism of romantic and moralizing books and children's writers have been challenged to write books near to everyday life. C. S. Lewis realized that he was writing for the generation which was born to the atomic bomb, "into a world of death, violence, heroism and cowardice, good and evil."


It is likely that the children will meet cruel enemies, there­fore they should hear of brave knights and heroic courage. To prepare a child for life the writer need not handle questions which belong to the tangible everyday life, he can take a child on trips further than the moon, to the world of fantasy, and. still show him what is true of man's heart. C. S. Lewis thought also that children's books are an in­dependent form of literature, not slaves to a programme of any kind.

But "the whole cast of the author's mind behind these books gives a special favour to the Narnia tales, the mind of a true scholar, one of the best-read men of his age, an excellent story-teller, a thinker and theologian" who has plumbed the depths of the dark void of atheism and come by the hardest route on his pilgrimage back to God. Christianity filled his mind: he did not put a moral in his stories; it was a natural part of his whole personality.

It gives a special light to the strange and beautiful world created by C. S. Lewis. The adventures are wild and even terrible at times, but there is always a trust, or at least a hope, that makes life wonderful.

Lewis is able to take the adult reader of his guard: things that have become too familiar to him are shown from a fresh aspect as if they were quite new. Perhaps children have a merely emotional understanding of what Lewis wants to say. But the magnificent scenes, wonderful actions and odd characters move them and can later be intellectually understood and the stories of our childhood are never forgotten by any of us. They are highly important in forming our whole out­look on life. Lewis's Narnia tales prepare the Child to receive Christian values and truths. They also arouse his curiosity towards all the great literary inheritance of mankind, and his willingness to 1ive a full and energetic life, complete with happiness and courage, heroism and friendship, respect for nature and humanity.

As an experienced writer Lewis could write in true tradition of the fairy tale, a story for children was to him like a new metre in verse that he carefully obeyed. He was able to tell adventures in a vivid, poetic style which also satisfies the critical adult reader. His life­long interest in literature and training in criticism had given him knowledge of the factors that contribute to the high quality of a literary world. Therefore the Narnia tales can be assessed by the, rules applicable to all lit­erature, merely keeping in mind certain special requirements.

Lewis's best qualities come out in these tales: high imagination, vast knowledge of literature, fresh and poetic style, profound morality. C. S. Lewis has been praised for his poetry and humour, for the richness of his scenery, and above all for the overwhelming joy that emerges from his stories. He has been able to give a dimension to reality in his imaginary country.

Adult criticism will not decide the future of these tales. Children themselves will decide generation after generation whether the chronicles of Narnia wil1 keep a place in the literary treasure which they wil1 carry lifelong in their hearts.

This is a blog by Blogisisko ® (= Anna Amnell) 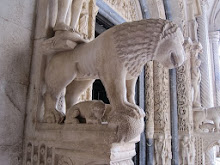 Google kääntäjä. Choose your own language